Last Week’s Winter Storm Causes A Surge At The Pumps

Gas prices continue to soar off the heels of the recent winter storm that gripped the midwest and south. Triple-A Arizona says the average price of gas is $2.88 a gallon in the state, which is 22-cents higher than last week. Triple-A spokesman Aldo Vazquez says “with the forced shutdown of the Gulf Coast and […]

During the recent Thanksgiving holiday weekend, many residents, travelers and visitors were unprepared to deal with the extent of the winter storm that hit Northern Arizona. Coconino County Sheriff’s officials say they responded to over four times the number of public assist calls and there was a significant increase in the number of rescues during […]

Roads are beginning to close ahead of a major winter storm that will affect Northern Arizona this week. The Coconino National Forest will close all forest service roads adjacent to highways 180 and 89 Wednesday north to Forest Road 522, keeping Christmas Tree cutting open. In Highway 180, Schultz Pass Road will be closed where […]

ADOT: Parts Of I-17 And I-40 May Close Due To Incoming Winter Storm 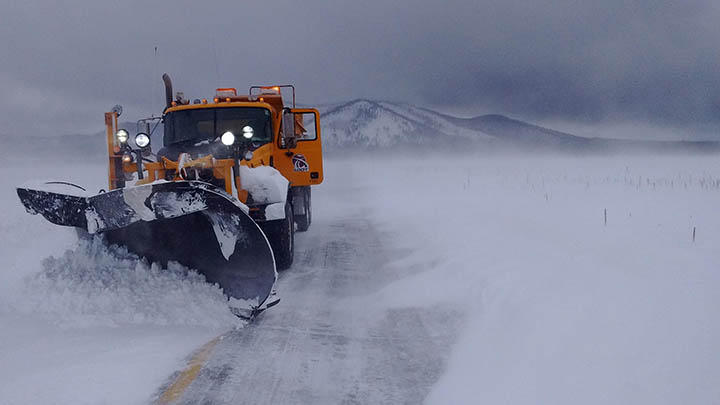 A major winter storm is expected for Northern Arizona for Thanksgiving. The National Weather Service says snow levels are expected to fall through the day Thursday, and could fall as low as four-thousand feet by Friday morning. Officials say the heaviest snow looks to fall Thanksgiving Day through early Friday. Forecasters say between Wednesday afternoon […]

As a major winter storm approaches Northern Arizona, the Winslow Unified School District is being proactive and is taking a snow day for Friday. Officials made the announcement Tuesday ahead of a storm that could bring between five-and-nine inches of snow to the city. Many entities in Flagstaff were meeting yesterday to decide what to […]

Northern Arizona is digging out from a strong storm over the weekend. Arizona Snowbowl picked up 18 inches of snow overnight and 22 inches over the last three days. Snowbowl has received 210 inches of snow this season, with an 87 inch base. If you plan to head to the ski resort today, four-wheel drive […]

A very wet storm will bring mostly rain to Northern Arizona starting Wednesday night. National Weather Service forecasters say snow levels will be around 65-hundred feet when the storm arrives, but will rise to 8,000-feet come Thursday morning. We could see inches of rain from Flagstaff south to Prescott and Cottonwood. This rare February rain […]