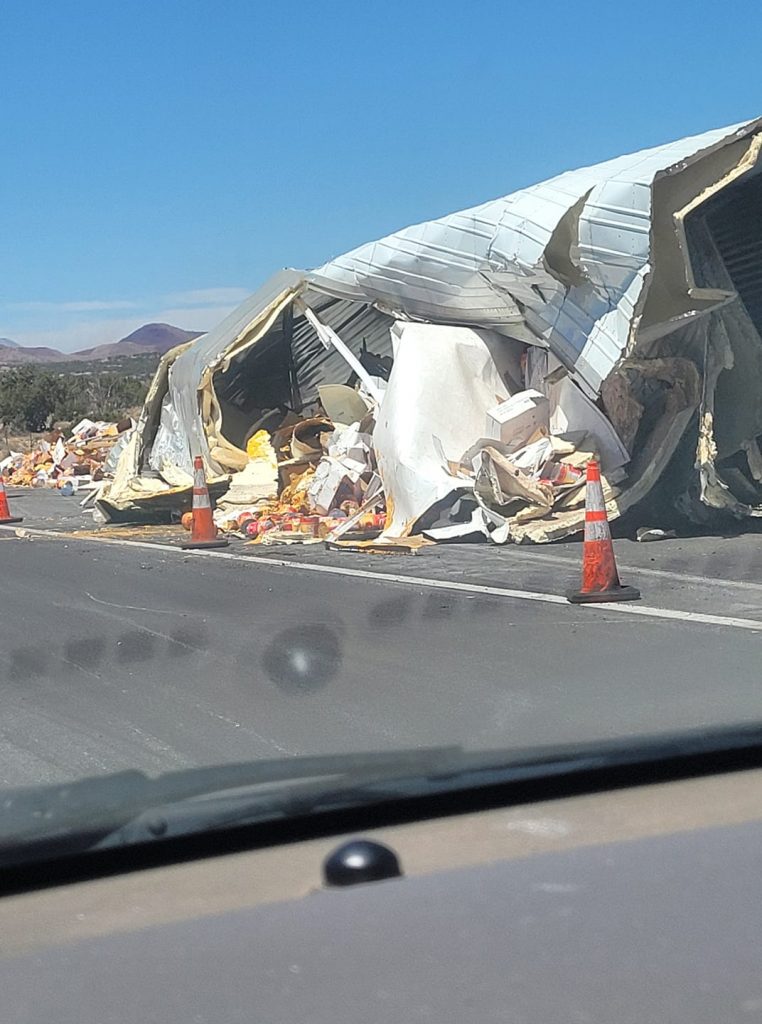 A tractor-trailer carrying nacho cheese was involved in a rollover accident Sunday on Interstate-40 at the Winona Exit east of Flagstaff. DPS says the accident happened at around 10:23 a.m. and blocked the westbound lanes with the rig and cheese. The accident had westbound I-40 closed for around five hours, causing traffic to be backed […] 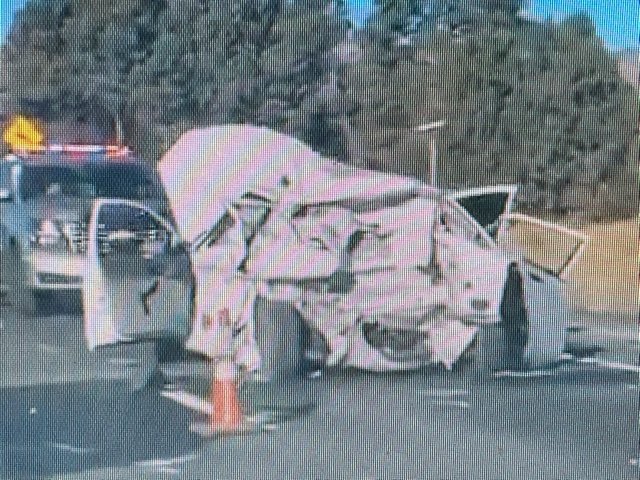 There’s more information into last Friday’s fatal accident on westbound Interstate-40 east of Flagstaff. DPS says two-vehicles were involved in the accident at around 7:35 a.m. just west of Winona. The accident involved a pickup truck and a passenger vehicle. The pickup truck was traveling west in the number-two lane when it rear-ended the passenger […]

A police situation stopped traffic on westbound Interstate-40 east of Flagstaff Thursday. DPS says state troopers responded to an “attempt to locate” and made a traffic stop near the Cosnino Road Exit. Troopers arrested a fugitive wanted on crimes from out of state. The suspect was arrested without incident and no one was injured. Traffic […] 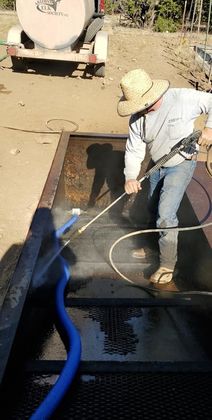 Arizona Game and Fish is still seeking information hoping it leads to those responsible for contaminating a water catchment with diesel fuel or gasoline northeast of Flagstaff. Officials say someone poured fuel into Young’s Canyon Trick Tank about two miles east of the Winona Exit off Interstate 40 earlier this month. Evidence at the scene […]

CCSO Investigating A Stabbing And A Related Traffic Accident 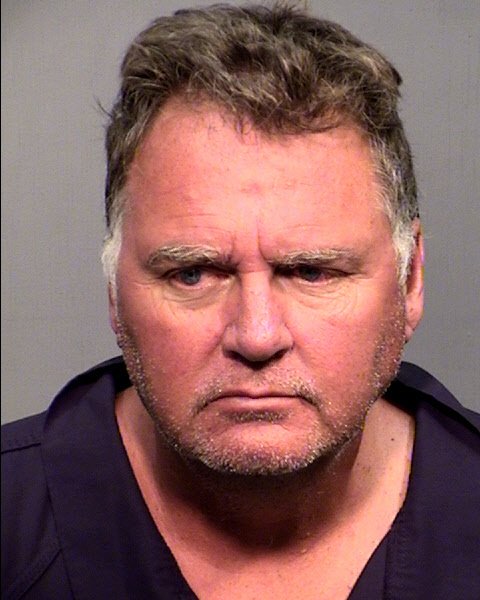 Coconino County Sheriff detectives are investigating a stabbing and a traffic accident that are connected. Deputies and DPS state troopers responded to a call Wednesday night at around 8:26 p.m. near the intersection of Interstate-17 and McConnell Drive. One of the people who called 911 to report the incident told dispatch that a white truck […]

Interstate-40 was closed Sunday afternoon after an accident involving two semi-trucks started a brush fire east of Flagstaff. DPS officials say the accident happened just after 4 p.m. on eastbound I-40 about five miles east of Twin Arrows Casino. One of the semis was parked in the emergency lane and was side-swiped by another commercial […]

Passenger Jumps Out Of A Moving Vehicle, Shuts Down I-40 Briefly Sunday

Westbound Interstate-40 was closed for a short time Sunday after a passenger jumped out of a moving vehicle near Winona. DPS officials say the incident happened at around 3:33 p.m. at milepost 213. When troopers arrived, the person was breathing but wasn’t responsive. Fire crews arrived and transported the person to Flagstaff Medical Center with […]

Semi Hauling Chocolate Rolls Over Near Winona, Leaving A Mess On I-40 Monday

A semi-truck hauling chocolate rolled over Monday morning east of Flagstaff. DPS says the accident closed the westbound lanes of I-40 at Exit 211 at the Winona Exit. The tanker was carrying 40-thousand pounds of liquid chocolate at the time. Traffic was taken off at the Winona Exit and allowed to go back onto the […]