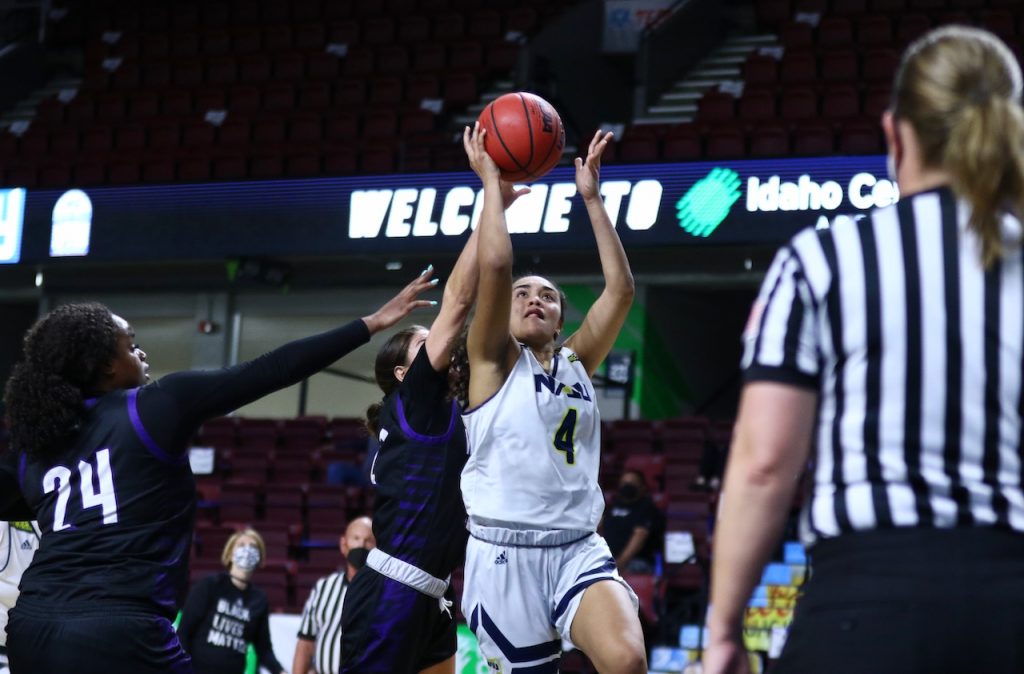 The NAU Lumberjacks women’s basketball team advanced to the Big Sky Quarterfinals Monday with a 82-68 win against the Weber State Wildcats in the first round of the tournament in Boise, Idaho. The Jacks were led by two Nevada transfers. Miki’ala Maio led NAU with 23 points and J.J. Nakai added 19 points and was […]

The NAU basketball teams took on Weber State again Saturday afternoon. The NAU women’s team got a career-high 31 points from Regan Schenck as they completed the two-game sweep against the Wildcats with an 85-68 win. NAU improves to .500 overall and in the Big Sky Conference. Jacey Bailey added 11 points and nine rebounds […]

The NAU men’s and women’s basketball teams were back in action Thursday night. The women had to battle for three quarters, but pulled away in the fourth as they beat Weber State, 82-70, at the Rolle Activity Center. The game was sloppy on both sides. Weber State committed 25 fouls and 25 turnovers, while NAU […]

The NAU men’s basketball team started off the new decade in style with a 72-64 win over the Weber State Wildcats Saturday in the Skydome. It was the first win over Weber State in 12 years in Flagstaff and the first win in eight games. Brooks DeBisschop led the Jacks with 18 points and Cameron […]