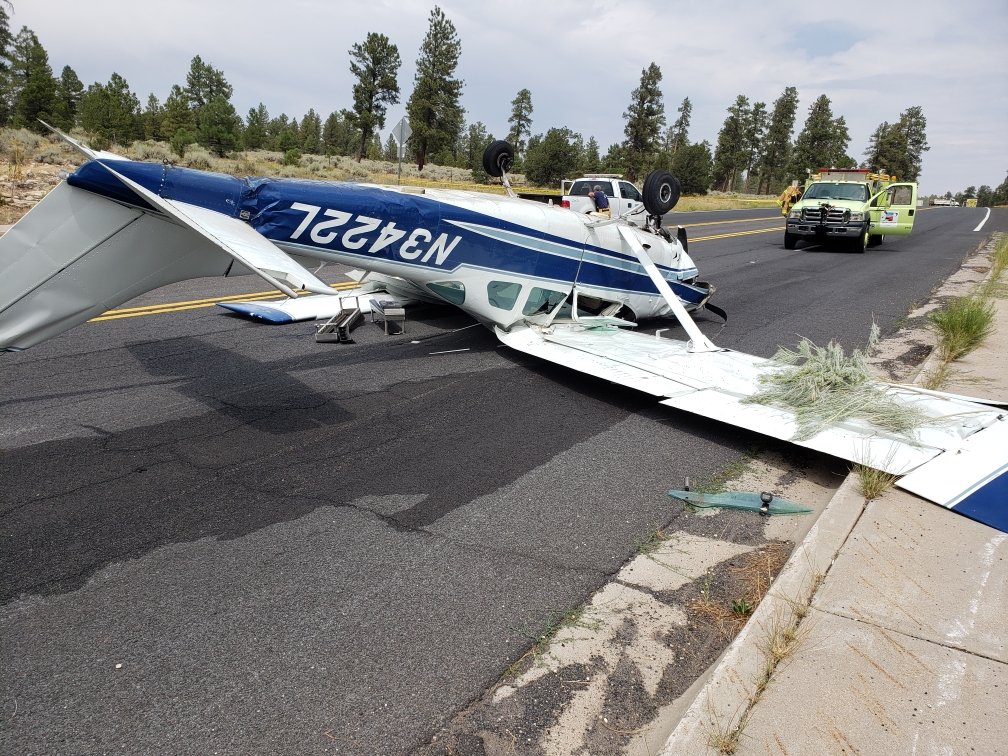 A single-engine aircraft crashed on Highway 64 between Tusayan and the south entrance of the Grand Canyon Friday. Coconino County Sheriff’s officials say the plane went down and flipped over at around 10:56 a.m. and blocked traffic coming in and out of the national park. The pilot, 24-year-old Andrew Dutzy, is an employee of Paragon […]

Grand Canyon Faces Closure Due To The Coronavirus Pandemic

State Of Emergency Lifted For Tusayan

A state of emergency has been lifted for the town of Tusayan after a winter storm has crippled the small town just outside of the Grand Canyon. The small town picked nearly two feet of snow and didn’t have power for nearly 24 hours. More than a thousand people and tourists were in Tusayan with […]

CCSO Seeking Information Into A Hunting Incident Near Tusayan

The Coconino County Sheriff’s Office is looking for information into a hunting incident near Tusayan Tuesday. Deputies were called to an area of Forest Road 328 at around 8:30 p.m. on a report of a conflict. Authorities say a bowhunter was returning to his vehicle when he was approached by a dark-colored truck with three […]

If you are heading to the South Rim of the Grand Canyon this week you could see some smoke from a prescribed burn near Tusayan. Kaibab National Forest officials say they will start an over 21-hundred acre burn Monday, about 18 miles southeast of Tusayan. The burn is expected to last through the week. Smoke […]

Coconino County Sheriff’s deputies arrested a man Monday in Tusayan after he reportedly pointed a gun at people inside and outside of a local hotel. Officials say they got a call at around 3:57 p.m. saying 23-year-old Ezekiel Valenzuela pointed the gun at people at the Squire Inn. Further reports indicate several shots were fired, […]

Prescribed Burns Set This Week On The Coconino And Kaibab Forests

Prescribed burns will take place this week in both the Coconino and Kaibab national forests. Coconino National Forest fire managers are planning to burn nearly 12-hundred acres Tuesday and Wednesday about ten miles northwest of Flagstaff. The burn will be next to Highway 180. Officials say smoke is expected to move to the northeast. Motorists […]