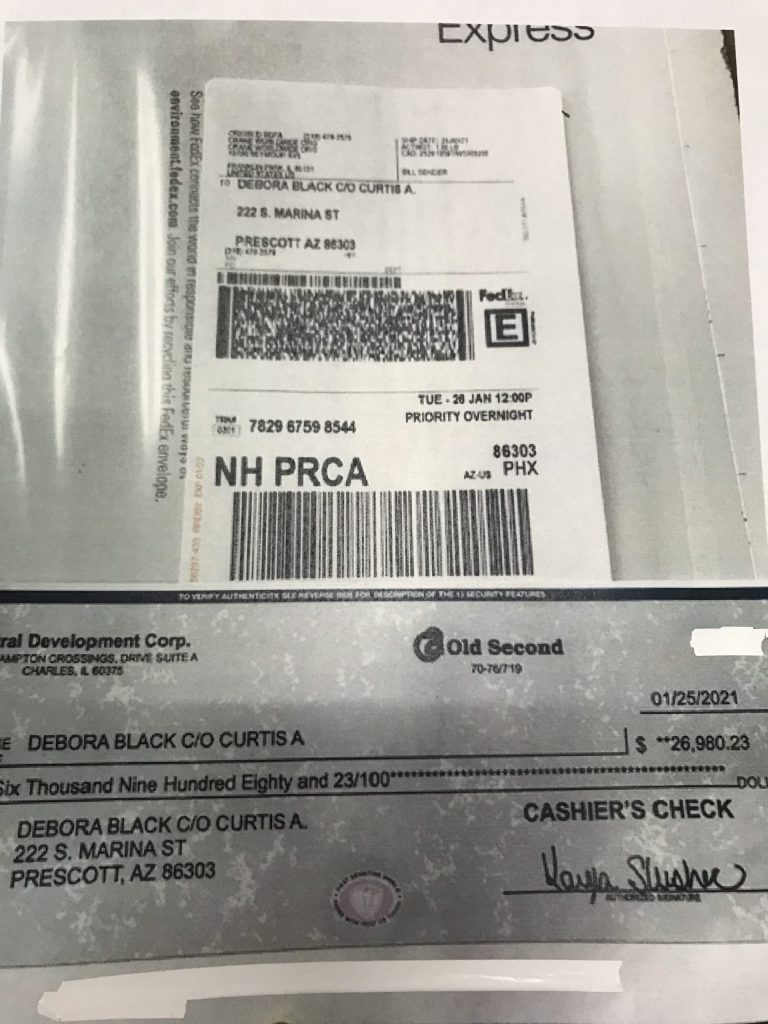 Prescott Police are warning the public about an increase in fraud schemes and similar crimes. One of the scams is the fake check scam and it happened to Prescott Police Chief Debra Black. She received an overnight Fed Ex package containing a fraudulent cashier’s check in the amount of $26,980.23. Investigators quickly determined the check […]

ADOT Warns Of A Scam Text People Are Receiving

If you receive a text about your driver’s license needing to be updated, ignore it, it’s a scam. ADOT officials say the text didn’t come from them and is a phony attempt to get people to hand over their personal identifying information. Officials say do not open the text or any web address associated with […]

A 75-year-old Cottonwood man was recently scammed out of thousands of dollars in two separate phone scams. The first call took place between December 13th and 18th. A scammer who went by the name “Mike McCarthy” told the man his social security number had been used for illegal activity in Texas and in order to […]

The Prescott Valley Police Department is warning residents of a false email from “Netflix” that has hit several people in the area. In the email there’s a link in which they can update their payment information. A screen will display where they are being asked to submit their debit card information. Upon entry of the […]

Prescott Police recently investigated a report of a fraud involving prepaid iTunes and Walmart gift cards. On July 9th, a Prescott resident reported that he and his wife had been contacted by a male caller who claimed to be an Apple Technical Support employee. The male caller informed the couple that their Apple accounts had […]

A Prescott Valley man was proactive recently as a person tried to scam him over the sale of his recreational vehicle online. Police say the man was trying to sell the vehicle on the online sale site, RV Trader. He was contacted by a person posing as Lawrence Kruger from Muskegon, Michigan, who wanted to […]

Prescott Valley Police are warning residents of a new scam involving people posing as APS workers. Suspects are calling citizens with APS numbers that come up on caller ID so they will answer. Scammers tell those on the line they need to call a certain number to discuss their bill. When customers do, they are […]

Prescott Valley Police Discover New Round Of Scams In The Area

The Prescott Valley Police Department has discovered another scam making its rounds in Yavapai County. The department has received many reports of suspects calling residents posing as agents of either the IRS or Social Security Administration. These calls may initially appear to be legitimate. The suspect provides the caller a name as well as an […]

Two men are wanted after scamming an elderly Dewey couple near the Prescott Valley Walmart Tuesday. Yavapai County Sheriff’s officials say the couple was flagged down near the store on Glassford Hill Road by a man in a newer model Chevy pickup. He told them he noticed some damage to their car and asked if […]