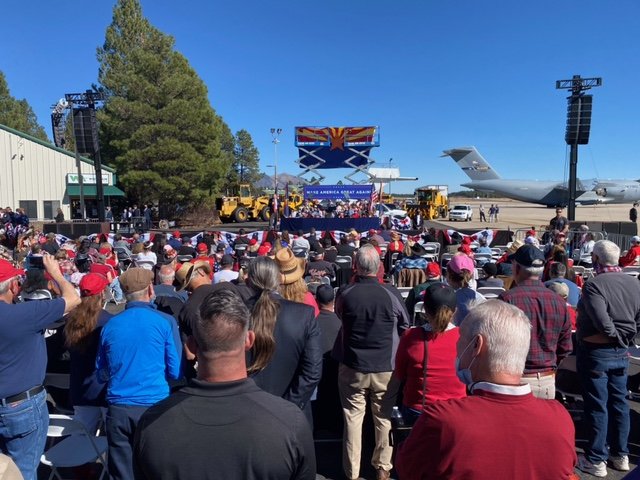 Vice President Mike Pence spoke at a rally for President Trump at the Flagstaff Airport Friday afternoon. Pence arrived on Air Force Two and jogged to the stage to talk to a crowd of around 300 people. Before the vice president arrived, Governor Doug Ducey, Senator Martha McSally, Congressman Paul Gosar and others spoke to […] 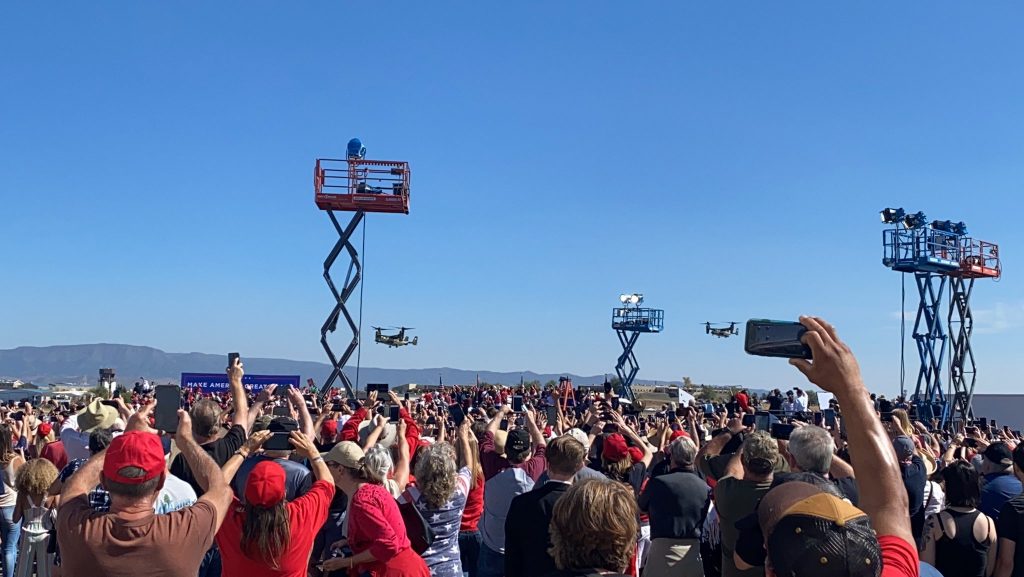 Thousands gathered at the Prescott Airport Monday to hear President Trump speak at a rally. The president arrived on Marine One just after 12:30 and spoke to the large crowd, some of them arriving as early as 3 a.m. Trump spoke for over an hour about early voting and mail-in balloting, as well as telling […]

President Trump To Hold A Rally In Prescott Monday 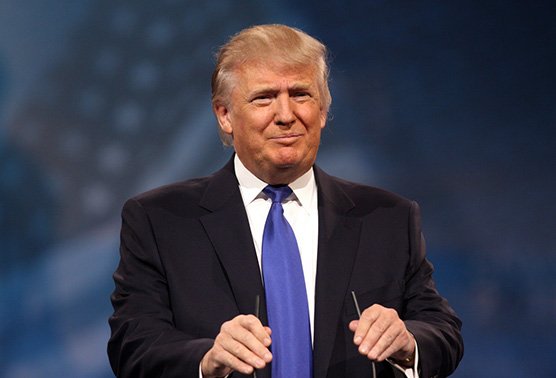 President Trump has re-scheduled his trip to Northern Arizona, but he’s not coming to Flagstaff. The president will hold a rally Monday in Prescott at the Prescott Airport. Trump was supposed to hold a rally at the Flagstaff Airport, but was canceled after he tested positive for COVID-19. The visit follows the president’s son Donald […]

President Trump has signed an executive order for a task force to look into a number of unsolved cases involving missing women and children on tribal lands. The executive order comes after Attorney General William Barr’s rollout of a nationwide plan on Friday. Trump was joined by Barr and several administration officials, as well as […]

A bipartisan bill, backed by all Arizona members of Congress, that would expand access to federal courts for people in Flagstaff and Yuma, has been signed into law by President Trump. Congressman Tom O’Halleran introduced the bill in the House, which passed back in July. A companion bill was introduced in the Senate by Senator […]

President Trump Signs A Disaster Declaration For The Navajo Nation