Coconino National Forest fire managers will conduct two sets of burns this week. Starting today, 13 acres of piles will be burned ten miles north, northwest of Flagstaff near Hart Prairie. The burn is scheduled for two days. With southwest winds predicted, smoke is expected to move to the northeast. Smoke may be visible from […]

Forest service crews conducted another round of pile burns in and around Flagstaff Monday. Burns sent smoke into the air from fires set just north of the city, along the southwest base of Mt. Elden and south of Elden Lookout Road. Coconino National Forest officials say the burns are part of phase one of the […]

More pile burns are set for the Flagstaff area this week. Coconino National Forest fire crews will burn about 305 acres of piles at the southwest base of Mount Elden, south of Elden Lookout Road, over the course of one to five days. The burns are part of Phase 1 of the Flagstaff Watershed Protection […]

Coconino National Forest fire crews will be conducting hand pile burns Friday along Highway 89A. Roughly ten acres of piles south of Pine Del will be treated over the course of a few hours starting in the morning. No road closures are planned, but smoke is predicted to move northeast, and will likely be visible […] 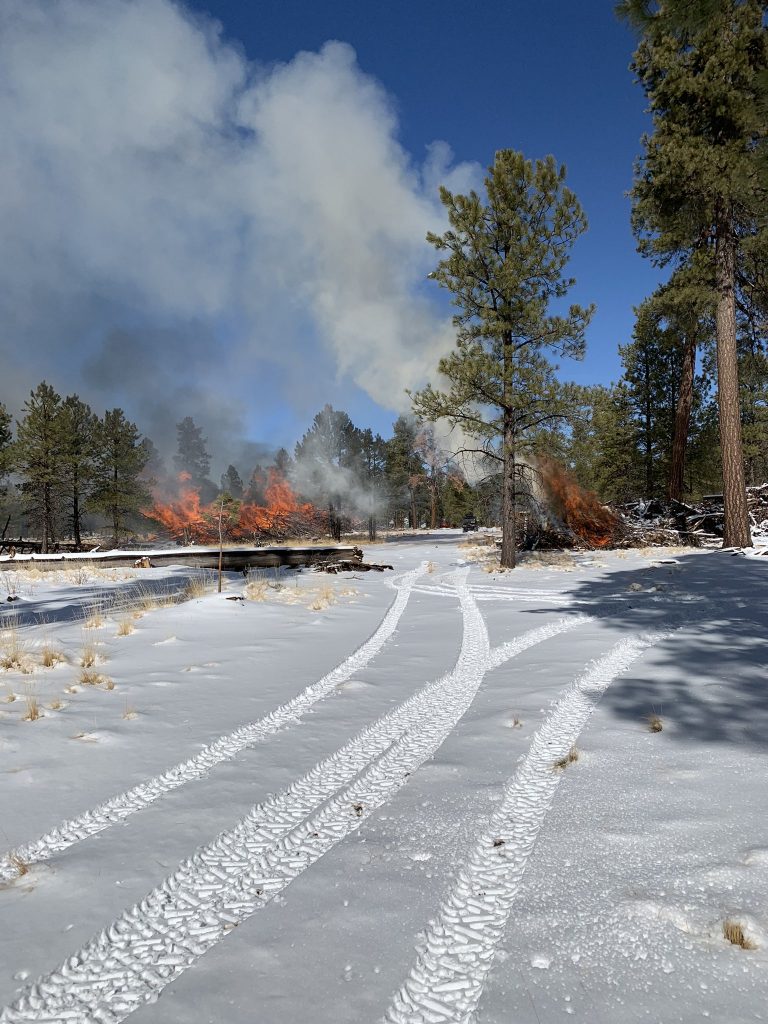 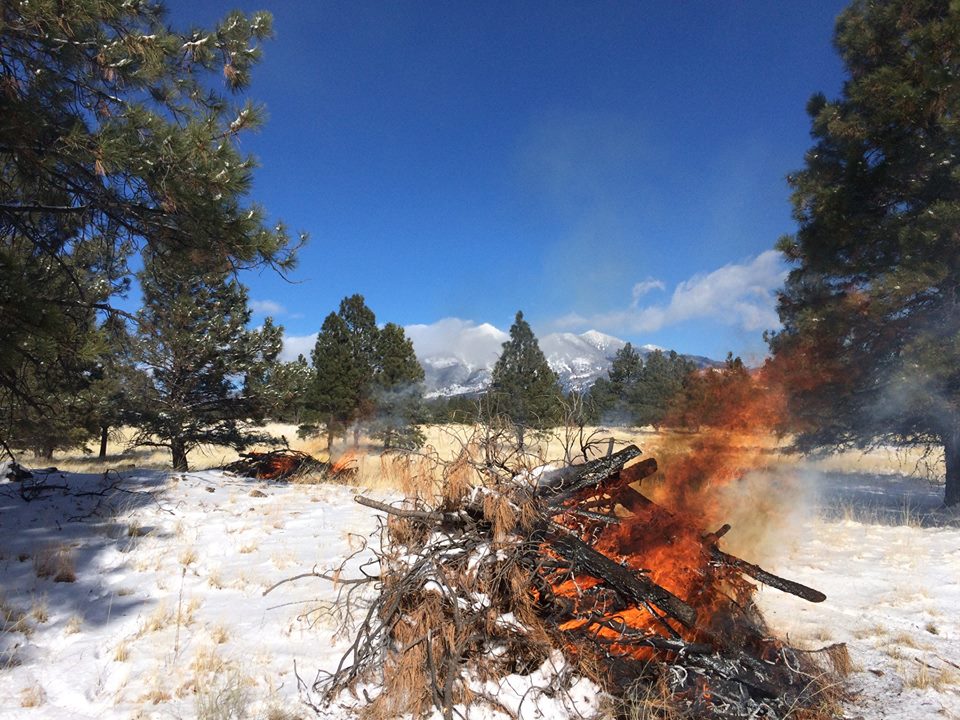 The state forestry department will conduct pile burns south of Flagstaff Tuesday. About 330-acres of piles will ignite about six miles southwest of Flagstaff in the east Kachina Village/Mill Park area. Recent moisture allows a window to burn debris piles from prior forest mitigation work. The piles are expected to put out minimal smoke to […]

The Flagstaff Wildland Fire crew will be conducting pile burns at several locations around the westside of Flagstaff this week. Pile burns will take place in Linwood Heights, Summit Station 37 near Fort Valley, the Westridge neighborhood and Observatory Mesa. The piles were created from hazardous fuels projects by the crews during the 2018 and […]

Fire managers on the Coconino National Forest have started conducting pile burns. Crews plan to burn 600 acres of piles on the base of Mount Elden through possibly Friday. Smoke should be seen from Flagstaff and move to the northeast. Parts of Dry Lake Hills, Schultz Pass and Doney Park could be affected by some […]

Pile Burns Set For Monday And Tuesday Near Flagstaff

Coconino National Forest crews will be conducting pile burns over the next couple of days. Several large slash piles near the base of Mount Elden and two small piles bear the Mormon Lake and Mormon Guard workstations are planned for Monday and Tuesday. Smoke will be noticeable on the eastside of Flagstaff on Highway 89 […]