ParkFlag To Remain Free Until Early 2021 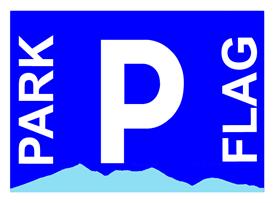 Paid parking in Flagstaff will be free into 2021. ParkFlag has been free since March. The move is to continue to draw people to downtown businesses as they try and recover from pandemic closures. Council member Charlie Odegaard brought up another issue currently with downtown parking. He says “because of everyone’s efforts to bring people […]

The Flagstaff City Council is moving forward with construction of a second parking lot at Flagstaff’s Pulliam Airport. Council approved a plan for a 413 space parking lot, that could be finished by Christmas. Construction costs for the new lot will cost around two-and-a-half million dollars. Money for the project will come from funds that […]

The Flagstaff City Council is back in session this afternoon, via teleconference. Among the agenda items council will discuss, includes parking at the Flagstaff Airport. They will discuss three options for a future second parking lot at the airport, which is planned to be built across the street from the current lot on the northwest […]

The Flagstaff City Council will meet Tuesday evening to discuss potential future ballot measures, particularly in regard to housing. They will also discuss parking as it pertains to the Downtown Vision and Action Plan, which is intended to make downtown more cohesive. The potential housing ballot measure is designed to increase affordable housing, create stability […]

An amendment for the demolition and preparation of the old APS building at 101 West Cherry Avenue for the new city courthouse was approved at Tuesday’s Flagstaff City Council meeting. The budget for the courthouse is 19-and-a-half million dollars, which leaves an extra two-million dollars to use to future parking in downtown. One issue the […]

Parking took front and center at Tuesday’s Flagstaff City Council work session as a lot of questions were asked about adding and moving parking in downtown. Finding parking in downtown can be rough at times, but with the development of new buildings, it gets even harder. Council heard a review over data about parking in […]

The Flagstaff City Council will hold a work session tonight with parking and the future city courthouse on the agenda. Council will go over a recent study into parking in downtown, which assessed parking inventory in the north and southside areas. The north side sees the most traffic during the day, so it’s suggested that […]