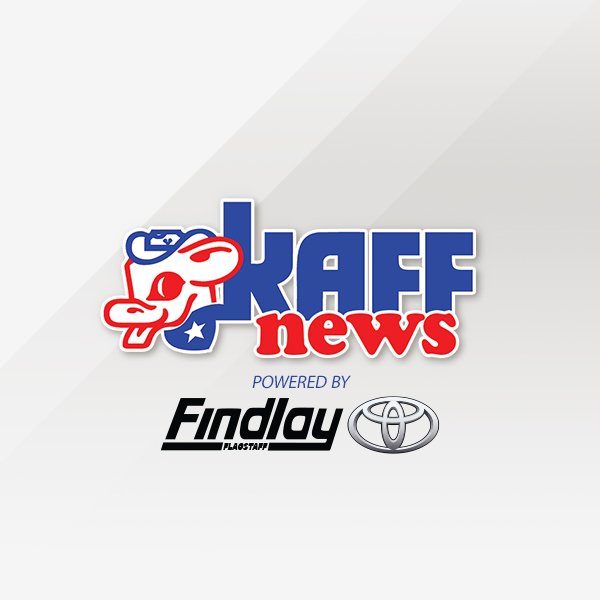 State forestry officials say if current conditions continue, we could have a very active fire season across Arizona. Fire managers say once temperatures warm up, the central and southern regions may see an early start to wildfire activity due to multiple factors, including the state’s severe drought status, a lack of precipitation, and a carryover […]

Flagstaff To Have Its Driest Monsoon On Record

Flagstaff is set to have its driest Monsoon on record. The National Weather Service says with no rain expected Wednesday, the last day of the 2020 Monsoon, it will go down as one of the driest rainy seasons on record. Flagstaff received 1.78 inches of rain this Monsoon when normally the city gets 8.31 inches […]

Flagstaff Airport Has Recorded The Second-Driest August On Record

The 2020 Monsoon Season has been a non-soon this year for Northern Arizona. The National Weather Service says the Flagstaff Airport received just over three-tenths of an inch of rain in August, making it the second driest August on record and ten-percent of normal. Oddly enough, most of Flagstaff did better than the airport. Parts […]

Coconino National Forest, along with Coconino County and the City of Flagstaff, officials have lifted fire restrictions on all districts due to receiving significant moisture over the last week. Fire danger has lowered from Very High to High, and while all fire restrictions are currently lifted, forest visitors must always use caution with campfires and […]

There were two lightning-caused fires that started last week in the Grand Canyon National Park. On Thursday, fire crews responded to the Thumb Fire, located along the western rim of the Great Thumb Mesa. The fire has grown to over 38-hundred acres in size and is burning in pinon-juniper and brush. The one-acre Tipover Fire […]

Flagstaff About To Set A New Record For Driest Monsoon Season

It looks like we will finish the 2019 Monsoon season with the driest on record for Flagstaff. The season ends today and Flagstaff has had 2.08 inches of rain this season, which would set the new record for the driest Monsoon. The previous mark was set in 1978 with 2.31 inches of rain. The dry […] 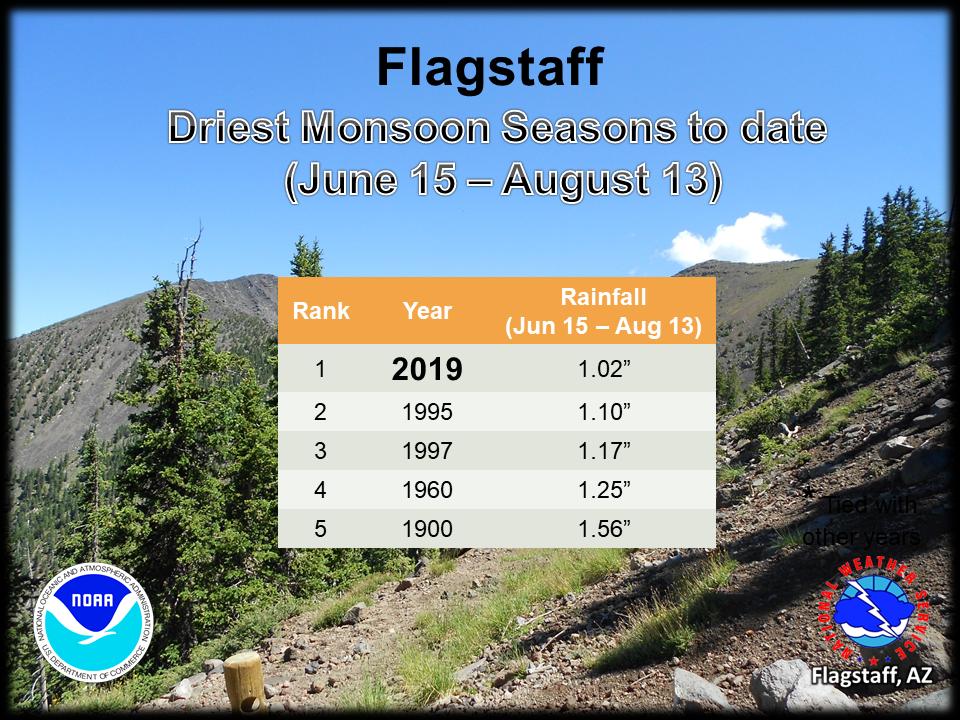 So far this has been the driest Monsoon on record for Flagstaff. The National Weather Service says from June 15th to August 13th, the Flagstaff Airport has only picked up 1.03 inches of rain from this year’s Monsoon season. That makes this year, so far, the worst Monsoon season in Flagstaff since records started being […]

It’s been a weak Monsoon season in 2019 and it’s not going to get any better this week. The National Weather Service says it will be a dry week, with no storm chances in Northern Arizona, with the exception for the eastern White Mountains. Highs will be slightly above normal, with temperatures in the 80s […]

Fire danger levels in the Coconino National Forest have been elevated to “very high,” but it may not last long. Officials say with the uncertain timing of precipitation from Monsoon storms, they decided to raise the level. Fire restrictions are not yet in effect, but visitors are asked to use caution while in area forests. […]