One person was killed and two others were injured after a boating accident on the Colorado River inside the Grand Canyon. National Park officials say they received a call at around 11 a.m. Monday about the accident near Kwagunt Rapid at river mile 56. A commercial river trip requested help with an overturned motorboat with […]

Two Injured In A Multi-Vehicle Accident Wednesday In Prescott 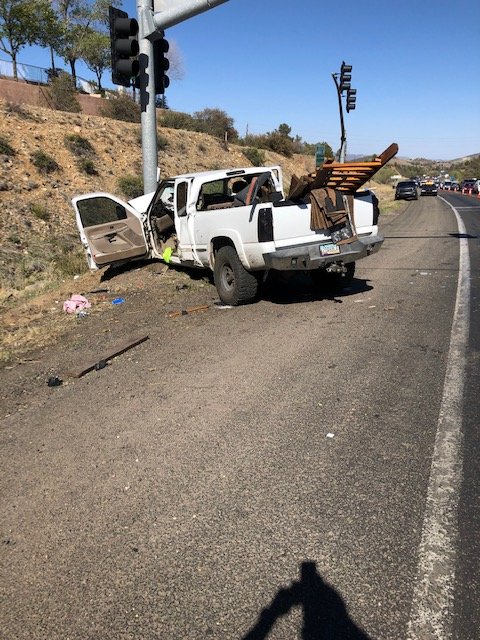 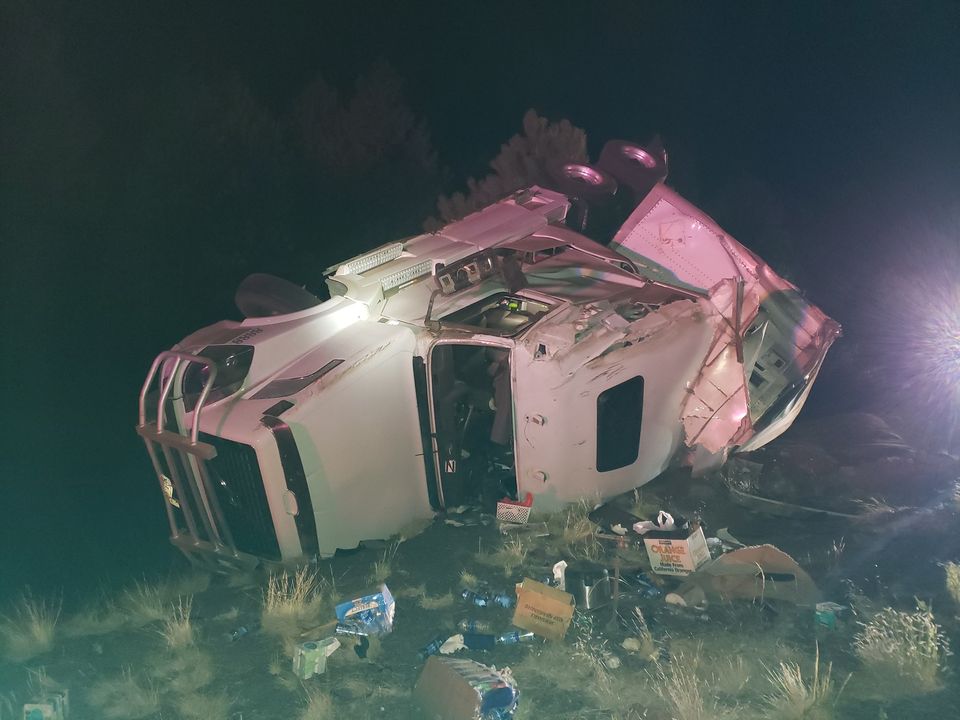 A woman and a nine-year-old child were injured in a rollover accident this morning in Prescott Valley. DPS says the crash, that involved two trucks, happened at the intersection of Fain Road and Sara Jane Lane at around 9:53 a.m. One of the trucks, which was pulling a small flatbed trailer, rolled several times. Officials […]

Coconino County Search And Rescue Crews Have Had A Busy Month

Coconino County Search and Rescue members have been busy the past few weeks. On October 23rd, search members along with Summit Fire and Medical crews responded to an injured hiker on the Humphrey’s Peak Trail. They were assisted by Arizona Snowbowl personnel to tend to a 57-year-old California woman with a leg injury. She was […]

Two Injured In A Structure Fire Near Prescott

Two people were hurt in a structure fire early Friday morning near Prescott. Officials say crews were called to a cabin in Camp Pinerock on Prescott’s southern border at around 12:45 a.m. When they arrived they reported around a one-thousand square foot home was engulfed in flames. Flame heights were reportedly 150 feet high with […] 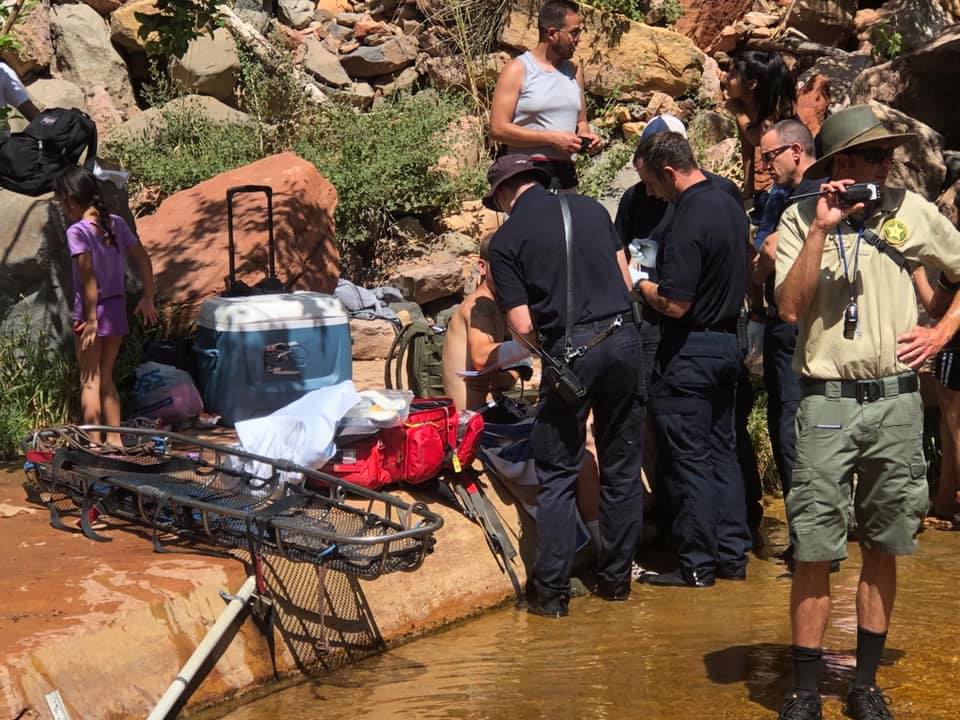 A 23-year-old man was injured Saturday when a boulder rolled on top of him after climbing at Slide Rock State Park near Sedona. Fire officials say the man was climbing up the hillside along Highway 89A, when he unwittingly loosened the boulder, estimated to be several hundred pounds, and it rolled on top of him. […]

There were tense hours Tuesday morning in Parks. Coconino County Sheriff’s deputies responded to Archers Road in Parks at around 3:25 a.m. on a report of yelling and gunshots. When deputies arrived, shots were fired at them from a male at the home. Authorities say the suspect appeared agitated and deputies tried to verbally de-escalate […]

Two People Injured In An Accident Tuesday In Prescott 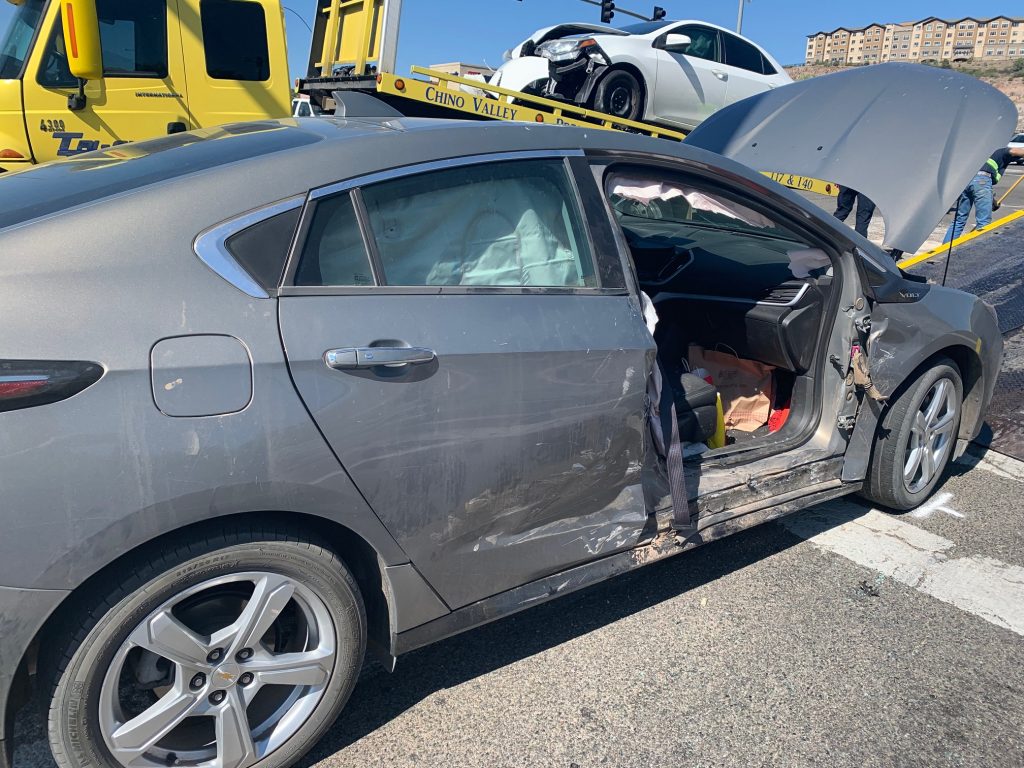 Two people were injured in a two-vehicle accident Tuesday in Prescott. Fire crews were called to Highway 69 and Gateway Boulevard at around 3 p.m. When they arrived crews found the vehicles with a total of four people involved. A 50-year-old woman had to be extracted from one of the vehicles. She was flown to […]

Passenger Jumps Out Of A Moving Vehicle, Shuts Down I-40 Briefly Sunday

Westbound Interstate-40 was closed for a short time Sunday after a passenger jumped out of a moving vehicle near Winona. DPS officials say the incident happened at around 3:33 p.m. at milepost 213. When troopers arrived, the person was breathing but wasn’t responsive. Fire crews arrived and transported the person to Flagstaff Medical Center with […]