Four men were arrested and nearly $200-thousand of meth and fentanyl were seized during three separate traffic stops Wednesday on Interstate-17. Yavapai County Sheriff’s officials say 26-year-old Jacob Shaver from Camp Verde was arrested for having over 100 fentanyl pills, three grams of meth and a useable quantity of heroin. He was booked on drug […] 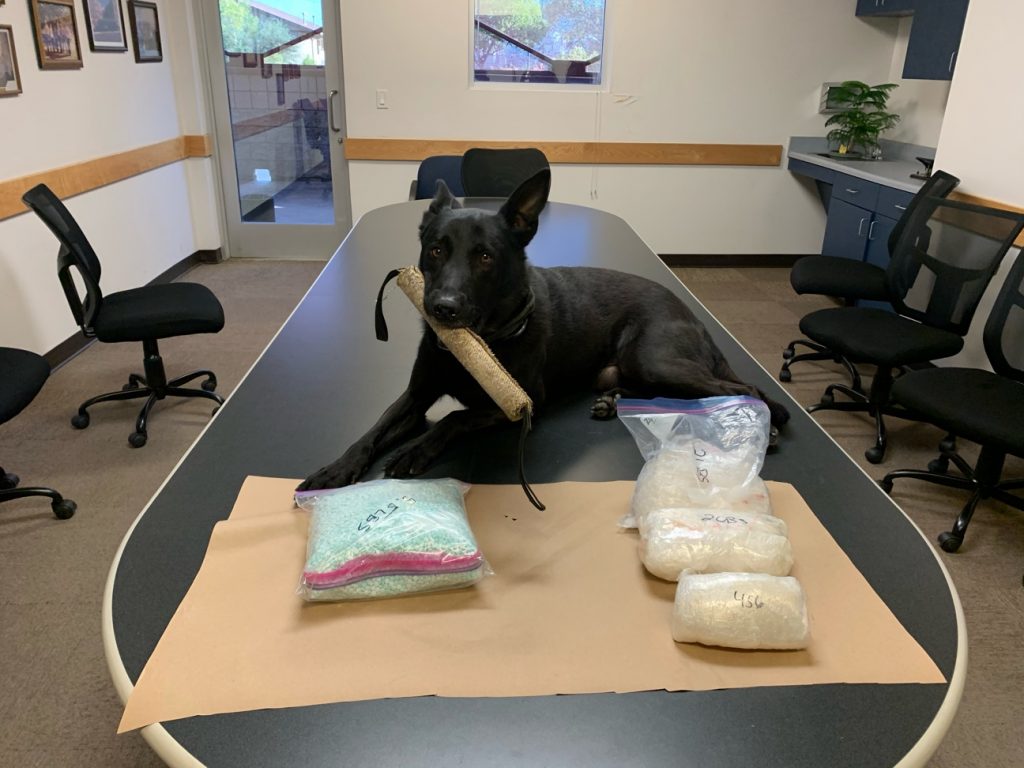 Two people were arrested after Cottonwood Police seized five pounds of meth and five-an-a-half pounds of fentanyl pills during a traffic stop on Interstate-17 Saturday afternoon. Officers stopped a black 2008 Audi four door sedan for having illegally dark tinted windows on northbound I-17 at around 12:15 p.m. During the stop the driver, 27-year-old Jose […]

The Arizona Department of Transportation will conduct a full closure of southbound Interstate-17 overnight Tuesday and again on Wednesday. ADOT crews will close the highway from the Sunset Point rest area south to the Bumble Bee Road exit. Crews will be installing concrete barriers along the route from 10 p.m. until 2 a.m. The roadway […]

A three-vehicle crash closed Highway 169 for about three hours Tuesday morning. DPS says a truck crossed the median and hit head on with a cement truck and then crashed into another vehicle near Highway 69 and Interstate-17. Two people were airlifted to a Phoenix area hospital with life-threatening injuries. The highway has reopened. Authorities […]

There were two separate incidents involving wrong-way drivers on Interstate-17 over the past two days. According to DPS, the first incident took place Sunday morning at around 7:46 a.m. when a wrong-way driver was heading north in the southbound lane near the Highway 169 exit south of Camp Verde. A vehicle swerved to avoid colliding […]

Since we are finally coming out of a cold spring, ADOT plans to ramp up road work as we head into the summer months. Work has resumed along Interstate 40 between Cataract Lake and Parks west of Flagstaff, as crews repair ramps and guardrails at the Grand Canyon Boulevard interchange. Crews will also lay fresh […]

At least six people were injured after an accident Sunday on Interstate-17, just south of the State Route 169 turnoff. Crews from Copper Canyon and Verde Valley fire departments arrived at around 11:05 a.m. and found one vehicle on its side and the other upright down an embankment from off the highway. One vehicle contained […]

A stop by a Yavapai County Sheriff’s K9 deputy recently netted 12 pounds of heroin. Officials say a blue sedan was pulled over for moving violations last Wednesday night at around 11:30 on northbound Interstate-17 in the Cordes Lakes area. The driver has been identified as 37-year-old Juan Breceda and his passenger is 32-year-old Laura […]