DPS To Participate In The International Roadcheck This Week In Flagstaff 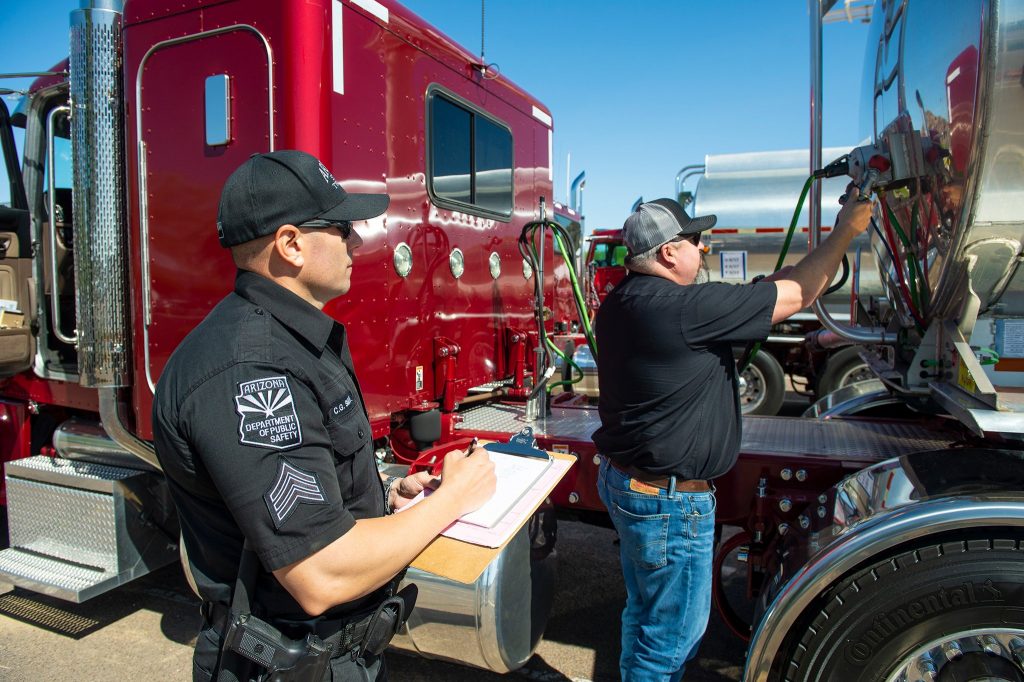 The Department of Public Safety will participate in the International Roadcheck this week in Flagstaff. During the annual event, inspectors across the country, Mexico and Canada, conduct inspections targeting motor carrier, vehicle and driver safety. Inspectors will ensure the vehicle’s brake systems, cargo securement, coupling devices, driveline/driveshaft components and more. Inspections of motorcoaches, passenger vans […]

Cottonwood Police were called to a storage facility Wednesday on a report of a discovery of improvised explosive devices in a shed. Officers went to All Valley Mini Storage in the 200-block of South 6th Street at around 12:30 p.m. and called DPS for help. DPS’s Ordinance Disposal Unit arrived at the scene and took […]

Officers from the Department of Public Safety conducted an investigation Tuesday at a residence at The Grove just off Lone Tree Road in Flagstaff. DPS officials tells KAFF News 18-year-old Ives Beltran of Phoenix was arrested during the investigation and charged with dangerous drugs for sale, narcotics drugs for sale and weapon-related charges. There’s no […]

Southbound Interstate-17 was closed for hours Friday morning in Camp Verde. DPS says a tractor-trailer caught fire at around 1:45 a.m. at milepost 290, which is the Middle Verde Road exit. ADOT had to close the highway and re-route traffic onto Montezuma Highway to Finnie Flat and back to I-17. DPS says there were no […]

A police situation stopped traffic on westbound Interstate-40 east of Flagstaff Thursday. DPS says state troopers responded to an “attempt to locate” and made a traffic stop near the Cosnino Road Exit. Troopers arrested a fugitive wanted on crimes from out of state. The suspect was arrested without incident and no one was injured. Traffic […]

There was an accident on westbound Interstate-40 this morning. DPS says a vehicle overturned and two semi-trucks became stuck in the median. The accident happened about 15 miles east of Flagstaff near Twin Arrows at around 3:15 a.m. The driver of the vehicle was transported to Flagstaff Medical Center with non-life threatening injuries. There’s no […]

A semi-truck accident forced the closure of Interstate-40 just west of Winslow Thursday morning. DPS says the driver of the truck lost control and rolled onto its side at around 5:40 a.m. at milepost 247. The driver was taken to a nearby hospital for treatment. The accident was cleared at around 7 a.m. and traffic […]

A semi-truck carrying peanuts rolled onto its side early Thursday morning on westbound I-40 at the Walnut Canyon Exit east of Flagstaff. DPS says the accident took place at just after 2 a.m. The driver told state troopers that the load of peanuts may have shifted, causing the truck to tip over. A heavy duty […]

Recent Drug Busts Near Holbrook Netted Over $4.5-Million Dollars Worth Of Drugs 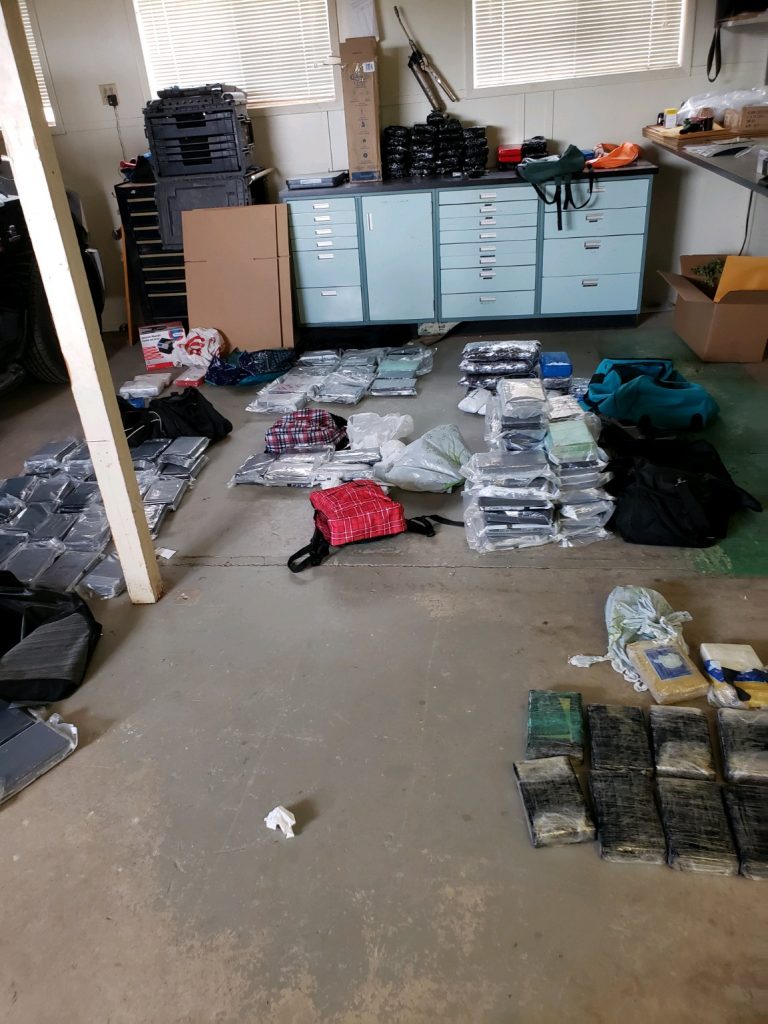 A recent drug bust netted over four-and-a-half million dollars worth of drugs. DPS officials say state troopers pulled over two semi-trucks on two separate inspections back on August 11th on Interstate-40 near Holbrook. The first stop happened at around 8:22 a.m. on eastbound I-40 eight miles northeast of the city. The trooper conducted a search […]

A man is dead after attacking a couple and falling off their car near Gray Mountain on Highway 89 north of Flagstaff. Coconino County Sheriff’s deputies and state troopers responded to the scene Monday at around 1:34 p.m. and closed the highway in both directions. Officials say a couple from Arkansas was traveling south on […]