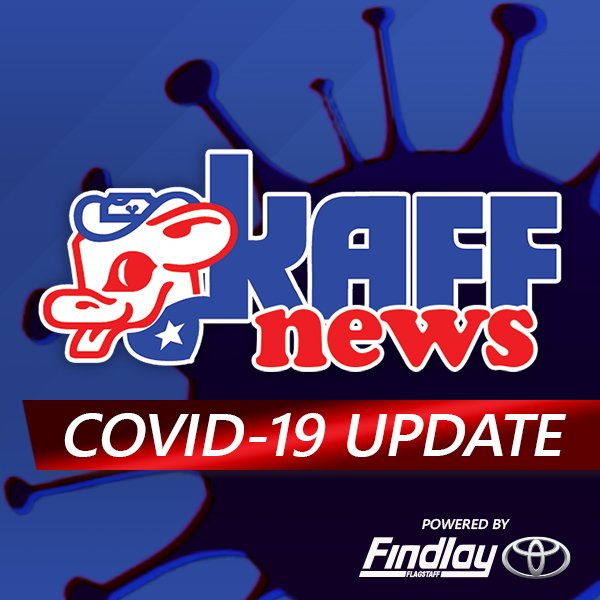 The Flagstaff Unified School District Governing Board voted on several items related to a return to in person learning starting with the first group of students returning March 22nd, the second going back the following week. This model would include in person instruction, with the option for remote learning still available, and passed with a […]

FUSD To Decide On Parental Attendance At Athletic Events Tuesday

The Flagstaff Unified School District Governing Board will discuss allowing spectators into athletic events at their regular meeting Tuesday night. The Arizona Interscholastic Association is allowing two parents, or guardians, per student athlete to attend home games. The AIA decided last week to start allowing the same number of people to away games as well, […]

The Flagstaff Unified School District Governing Board spent nearly seven hours Tuesday night, trying to figure out a plan to not only return kids to the classroom, but to resume sports. The board heard from members of the district and read 90 minutes worth of public comment. Members decided to scrap the idea of the […]

The re-entry plan for Flagstaff Unified School District Schools has been revised and was unanimously adopted by the governing board Wednesday. Superintendent Michael Penca went over the changes, which included facial coverings. The wearing of masks or facial coverings will still be required, when social distancing isn’t possible. However, there are exceptions. Any students who […]

Schools in the Flagstaff Unified School District are closed for the rest of the school year, but students continue schooling online due to the coronavirus pandemic. The district is making adjustments to the school calendar related to the current situation. Student grades for the second semester of the 2019-2020 school year will be calculated based […]

Classes at Mount Elden Middle School have been canceled for Thursday. Flagstaff Unified School District officials say the school was briefly evacuated Wednesday after there was a smell of gas on campus. Flagstaff Fire and gas company crews found the source of the issue, which was a pressure discharge that was the result of a […]