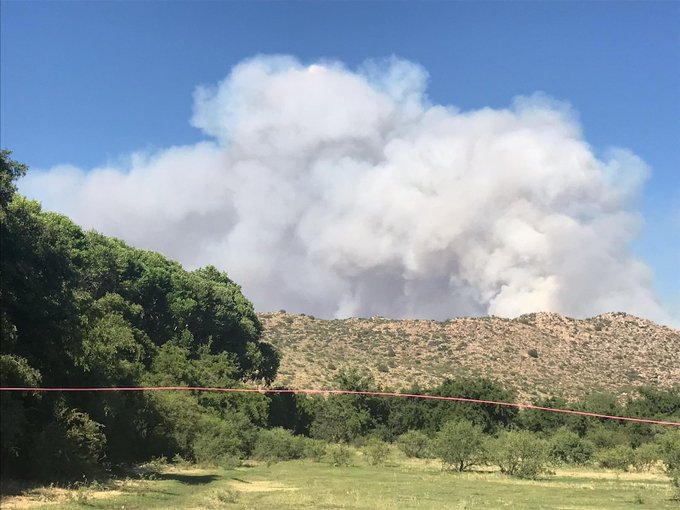 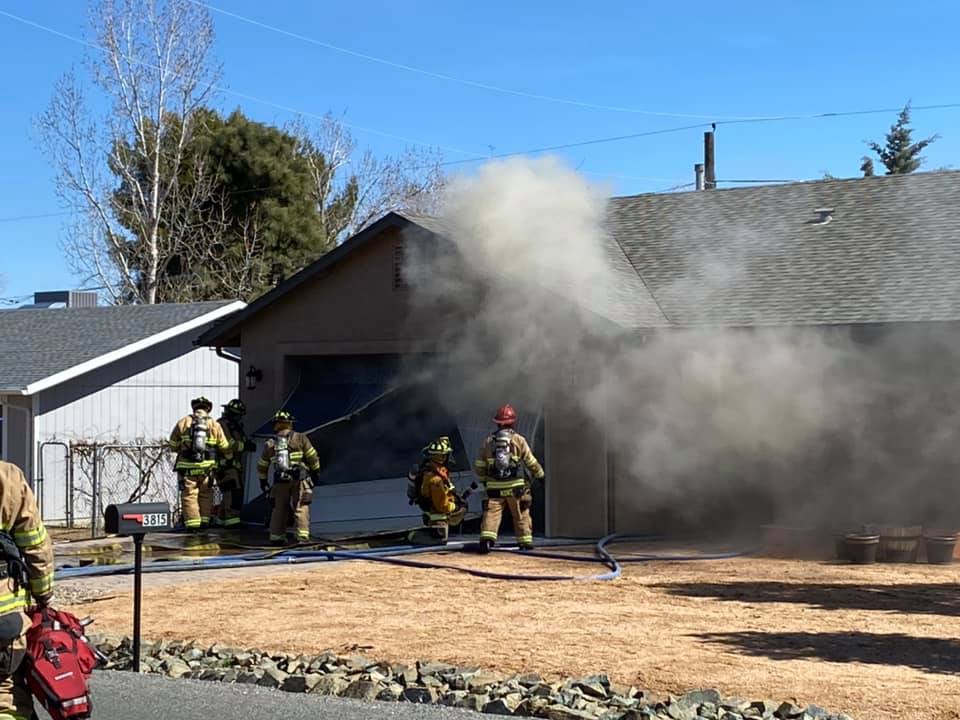 Central Arizona Fire and Medical crews responded to a fire Thursday afternoon in Prescott Valley. Police say crews arrived just after noon to a home in the 38-hundred block of North Valorie Drive. The fire was put out shortly after fire crews arrived. There’s no word on any injuries. First responders closed Valorie Drive so […] 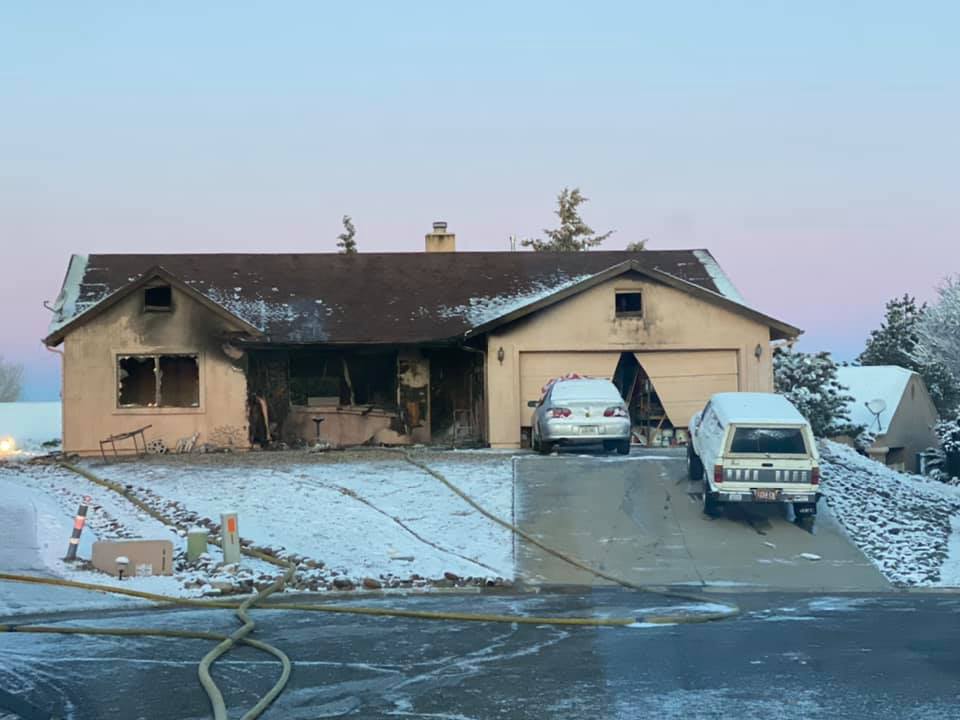 Central Arizona Fire and Medical crews were called to a house fire in Prescott Valley Friday morning. When crews arrived to the home in the seven-thousand block of North Summit Place, in the Viewpoint Subdivision, at around 5:20 a.m., a resident was outside the house that was fully engulfed in flames. Crews from four engines […] 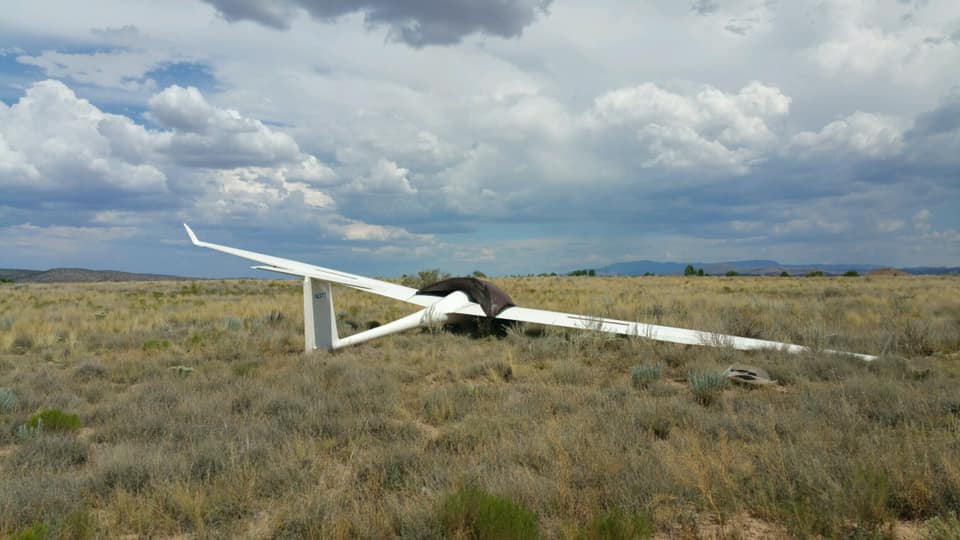 It was a busy Sunday afternoon for crews with the Central Arizona Fire and Medical Department. First, fire crews responded to a 48-foot trailer that caught fire at Patriot Disposal at around 1:20 p.m. Crews attended to that fire when a call came in that an aircraft that went down in Paulden. When crews arrived […] 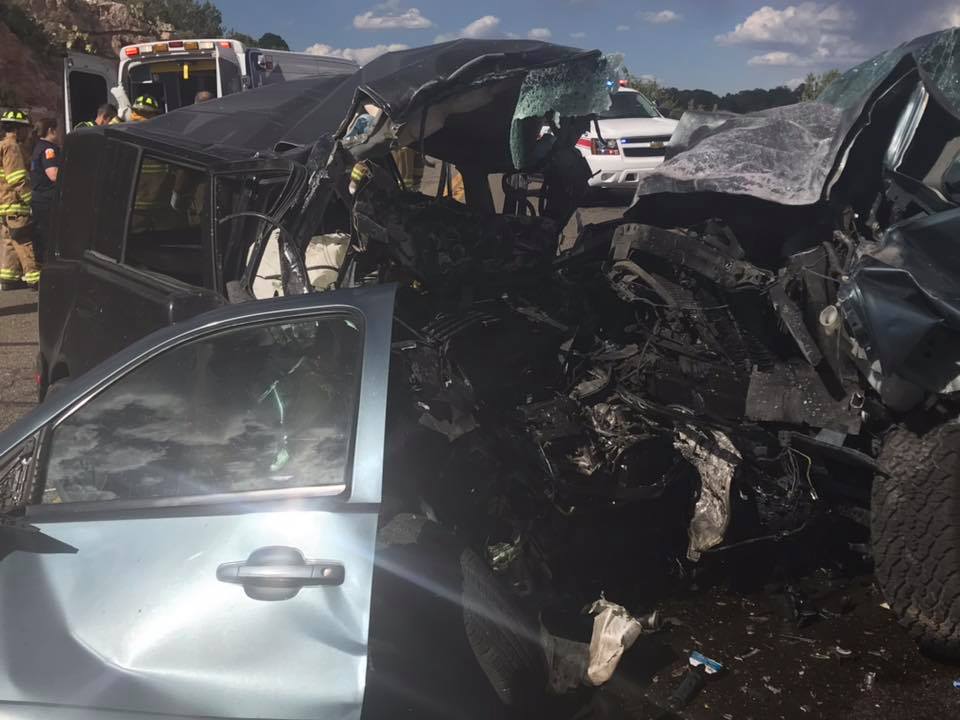 A Chino Valley man was killed in a head-on collision Saturday on Highway 89 north of Paulden. Central Arizona Fire and Medical says the accident involved two vehicles. DPS says a male driver tried to pass in a no passing zone and collided with a female driver head-on coming the other direction. Authorities say 21-year-old […]

Central Arizona Fire crews were called to the Viewpoint Senior Apartments in Prescott Valley yesterday. When crews arrived they found that a clothes dryer had ignited, causing the destruction of the dryer and leaving damage to the laundry room. Lifeline and Prescott Valley Police evacuated the residents as crews battled the fire. Damage was limited […]