East Entrance To The Grand Canyon To Reopen Thursday

The National Park Service plans to reopen the east entrance to the South Rim of the Grand Canyon Thursday. The original plan was to reopen in May, but officials with the park and the Navajo Nation agreed it was safe to reopen on that side of the canyon. The east entrance has been closed since […]

Highway 89 Open After A Multi-Vehicle Crash South Of Cameron

Highway 89 was closed for most of Wednesday between Flagstaff and Page, just south of Cameron, for a multi-vehicle accident. DPS officials say the accident happened just after noon Wednesday after three-vehicles collided. A black Dodge Journey was heading northbound on Highway 89, four miles south of Gray Mountain. The Journey crossed the double yellow […]

Two people were killed in a fatal accident near Cameron Friday afternoon on Highway 89. DPS says the accident happened at around 4:07 p.m. about 30 miles north of Flagstaff when a silver Chevy Malibu traveling southbound, crossed the centerline and hit a white Chevy Silverado heading northbound. The driver of the Malibu , 21-year-old […]

Coconino County Sheriff’s Detectives Looking Into A Stabbing Near Cameron

Detectives with the Coconino County Sheriff’s Office are looking into a stabbing Thursday at the Grey Mountain Thriftway north of Flagstaff. Deputies were called to the area at around 3:42 p.m. on a report of a fight and stabbing. DPS state troopers were first on the scene and found a person with minor injuries a […] 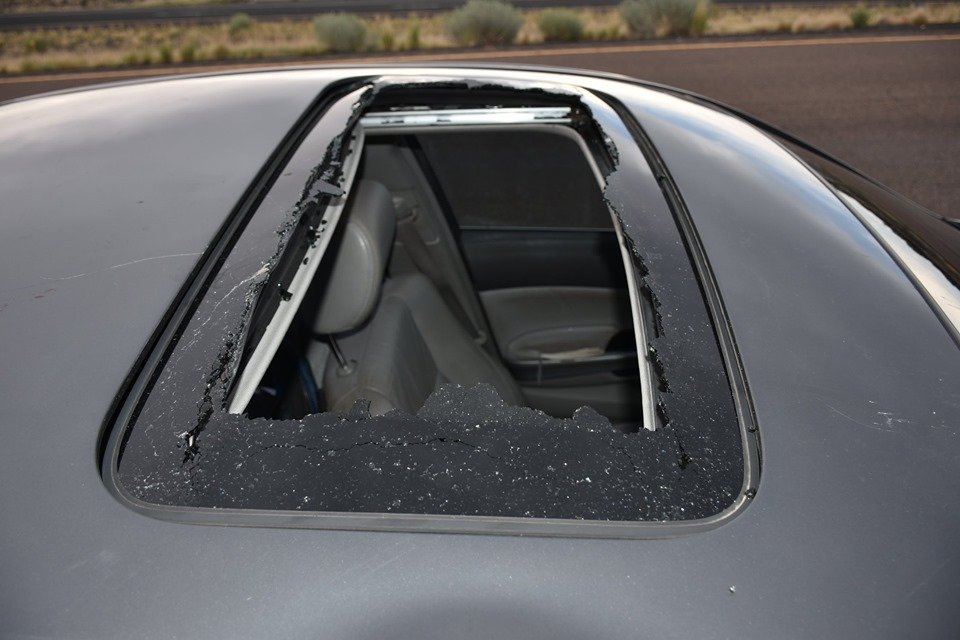 The Coconino County Sheriff’s Office has released more information on Monday’s incident on Highway 89 near Gray Mountain. Officials say 35-year-old Richard Osburn from Oklahoma was with his wife, and was traveling southbound on the highway, when it drifted into the northbound lane near the Sinagua Trading Post. He attempted to correct his position and […]

Small Tornado Touched Down Near Cameron, North Of Flagstaff Monday