Arizona Public Service crews will be conducting a planned outage for the Doney Park area Friday afternoon. APS officials say a vehicle involved in an accident near Horseman Lodge Wednesday night, damaged a power pole. Crews will need to cut the power to the area to work on the equipment. The outage will affect about […] 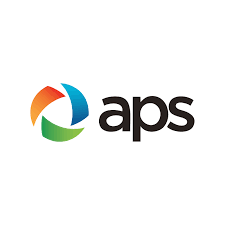 There have been a few power outages in East Flagstaff over the past couple of days. Friday’s outage affected over 35-hundred APS customers and Monday morning’s outage affected over 15-hundred. APS officials say Friday’s and Monday morning’s outages happened on the same line. A cable that runs underground and above ground faulted, in two different […]

Prescott Valley Police are warning residents of a new scam involving people posing as APS workers. Suspects are calling citizens with APS numbers that come up on caller ID so they will answer. Scammers tell those on the line they need to call a certain number to discuss their bill. When customers do, they are […]

Arizona’s largest electricity supplier says it will be 100-percent clean by 2050. Arizona Public Service announced Wednesday they are targeting to be 65-percent clean energy by 2030 and ending all reliance on coal by 2031. Pacificorp announced earlier this month that a unit at the Cholla Power Plant in Joseph City will shut down by […]

Tuesday was election day in a few areas of Northern Arizona. In Prescott, voters decided a race between incumbents Steve Sischka and Jim Lamerson for a seat on the city council. According to unofficial results, Sischka will remain on the council after receiving around 16-hundred more votes. In Dewey-Humboldt, voters approved a measure for the […]

Arizona’s power companies are starting to look at alternative ways to create power without having to use coal. Arizona Public Service recently notified the Arizona Corporation Commission they were going to evaluate the feasibility and the cost of converting a unit at Cholla Power Plant in Joseph City to burn biomass by using trees, branches […]