ADOT Begins Much-Needed Repaving Project On I-40 In Flagstaff

ADOT is starting a much-needed repaving project on Interstate-40. Crews are repaving a ten-mile stretch between Interstate-17 and Walnut Canyon Road in Flagstaff. The work will include replacing the existing pavement in both directions of I-40 and replacing pavement on the on- and off-ramps at four intersections in the project area. Work will also include […] 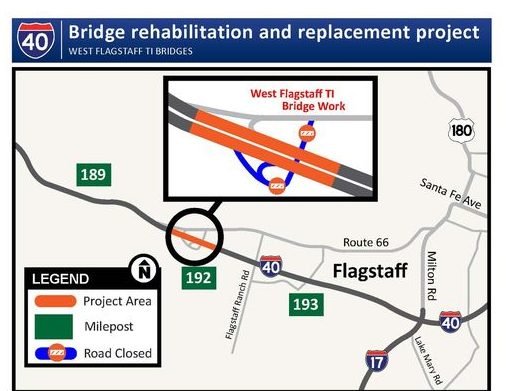 Interstate 40 will be narrowed to one lane each direction while construction continues on the West Flagstaff Bridge at Exit 191, the Flagstaff Business Route exit, through October. The interstate will be reduced to one east and westbound lane between Route 66 and Flagstaff Ranch Road. In addition, there will be a 14-foot vehicle restriction, […]

The Arizona Department of Transportation has worked on replacing bridges on Interstate-40 around Flagstaff this year and now its West Flagstaff’s turn. ADOT crews has begun to remove the existing east and westbound bridge structure and superstructure at Exit 192, or the Flagstaff Business Route Exit. Throughout the construction process, a minimum of one lane […]

ADOT Warns Of A Scam Text People Are Receiving

If you receive a text about your driver’s license needing to be updated, ignore it, it’s a scam. ADOT officials say the text didn’t come from them and is a phony attempt to get people to hand over their personal identifying information. Officials say do not open the text or any web address associated with […] 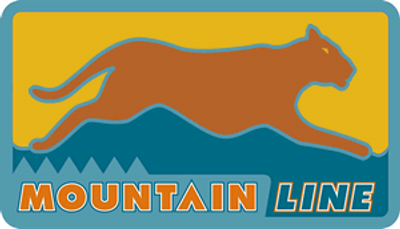 The Mountain Line is receiving a state grant for bike and pedestrian improvements. The Arizona Department of Transportation awarded the Flagstaff bus service, five-and-a-half million dollars for bike and pedestrian infrastructure in association with transit stops. The city partnered with Mountain Line on the grant and will add $1.4-million from already approved transportation tax funding […]

The Arizona Department of Transportation is advising drivers who use Route 66 in Flagstaff to expect a traffic shift. The shift is needed as crews construct wing walls for the Rio de Flag Bridge Replacement Project. The eastbound lanes will be shifted to the north, by one lane, and the left turn lane to Humphreys […]